First off we’d like to thank everybody for participating in our waterpark poll. Through your participation we were able to get a fairly good understanding of what the community wants, and knowing that will help us move forward.

For anybody who was paying attention to the poll while it was up on the site, you would have seen results similar to this: 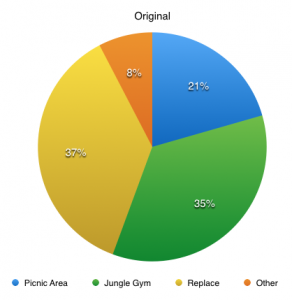 This result tells us that replacing the waterpark with another waterpark was the most popular option by a slim margin. The “other” category  was almost exclusively comprised of suggestions to fix the park we have. As mentioned in a previous post, that option is one that has been deemed financially inappropriate. Regardless, almost the entire 8% in the “other” category was at least pro-park in some capacity.

This story doesn’t end there though. We have some very passionate members in the community, and several of them took it upon themselves to vote multiple times (which is putting it lightly). While we allowed a bit of that to occur, in order to get an accurate result we had to drop the people who voted more than 3 times. So how many votes were disqualified? Tons! So many in fact, the results of the poll changed wildly.

Once the duplicates were eliminated, the corrected vote looked like this:

You’ll notice that support to replace the park rose quite a bit once the duplicates were removed.

In the end, we received 555 votes that counted, which certainly isn’t the entire community, but it’s a fairly strong showing. What the numbers show us is that enough people care about replacing the waterpark that every avenue should be explored to see what can be done.

Starting this week we’ll be having a standard meeting, and we’ve invited several interested parties to sit in and discuss. Our goal is to put together a committee who will have the job of determining  the feasibility of such a project and coming up with a plan of action. It will involve several main tasks such as meeting with government officials, exploring grant or sponsorship options, and negotiating a quote on the new park (our newest estimates have the cost somewhere in the ballpark of $300,000-$500,000, but there are many variables to be ironed out).

If you feel this committee is something you might want to be a part of, we’d be overjoyed to have you on it. It’s important to note that the creation of this committee does not mean we are getting a new park, but rather that we are exploring the feasibility of getting a new park. As it’s been mentioned before, we have limited funds and have a ceiling on what we can charge as an Association.

As always we welcome your feedback. 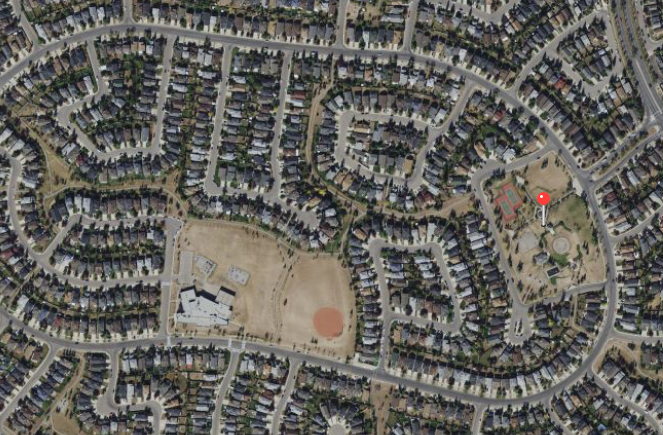